Last week Roger came up from Oxford and after a rainy midweek we were looking forward to a decent forecast on Saturday and walked in to spend the night in the secret howff. 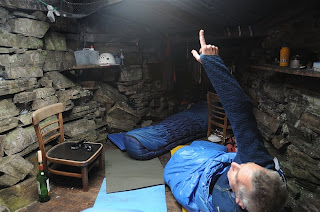 We left some of our stuff in the howff and just after 7 am we were plodding towards the sneck on a very good path. It is very different than in winter under powder in the darkness! 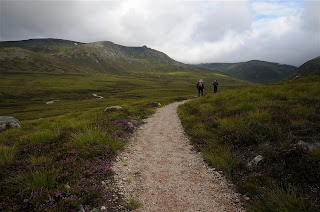 Unfortunately it was showery and thus we walked up Ben Avon first rather than going straight down to Mitre ridge. 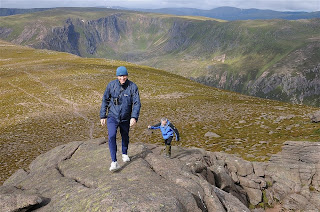 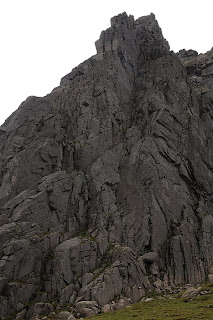 Here is me setting off on cold rock soon with numb fingers... 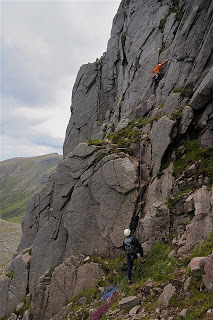 ... and here is Adam following and getting over the large rock blocking the chimney. 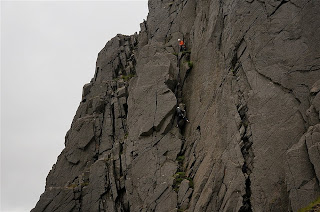 Here we start the second pitch (if you can spot us) which was for 20 m on soaking, slimy rock. The corner is a drainage line and after a wet week this came as no surprise. 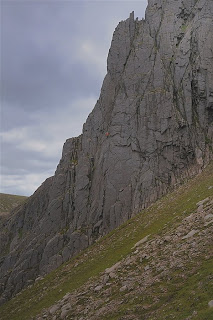 We finished by Bell's variation by a traverse onto the exposed West face. We needed 2 h for the whole route. During that time Roger did the Beinn a Bhuird tops and we were lying for 1 h in the sun and started to panic because Roger was nowhere to be seen. At the time when we were about to leave Roger appeared and we made our way back to the howff. Here are the Eastern corries of Beinn a Bhuird with some decent climbs... 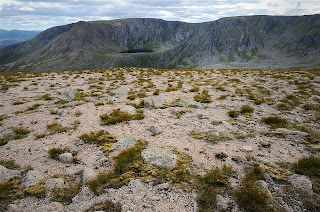 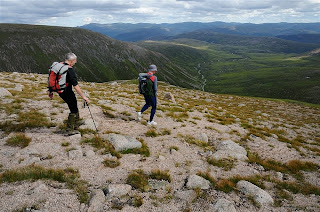