Saturday and two Spanish dinners came and went and Sunday arrived. The weather forecast has predicted a lull before another Atlantic weather system and Ian had suggested a paddle on the Tay. We arrived at the boat shed at 10 am whilst the sun was shining but when we launched the kayaks clouds already moved in from the West. We crossed the Tay to Tentsmuir Forest. Here are Amy and Katie... 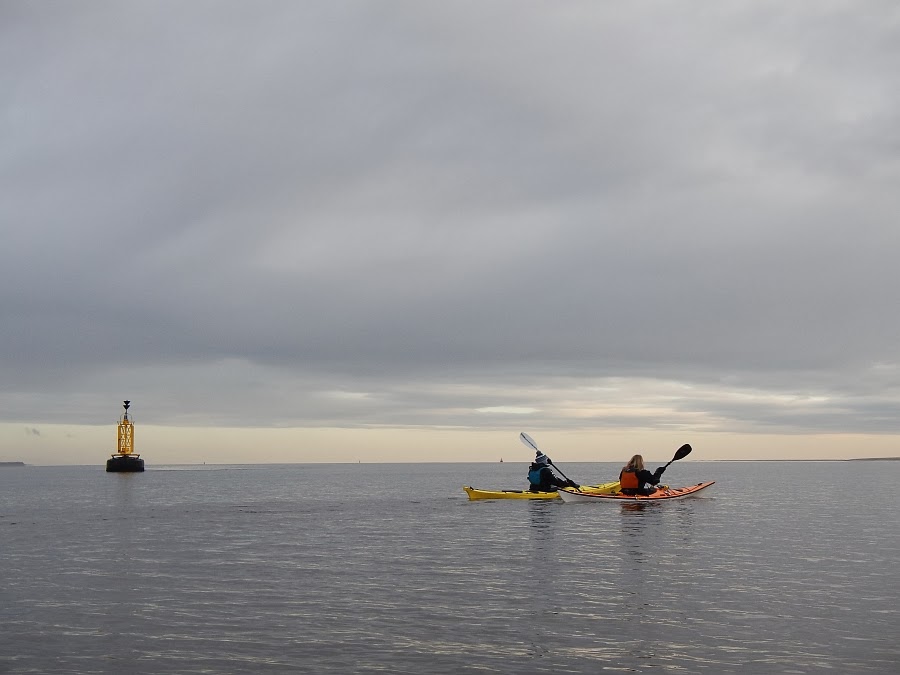 ... and here is one of the many Eider ducks on the sandbanks that are flooded at high tide. 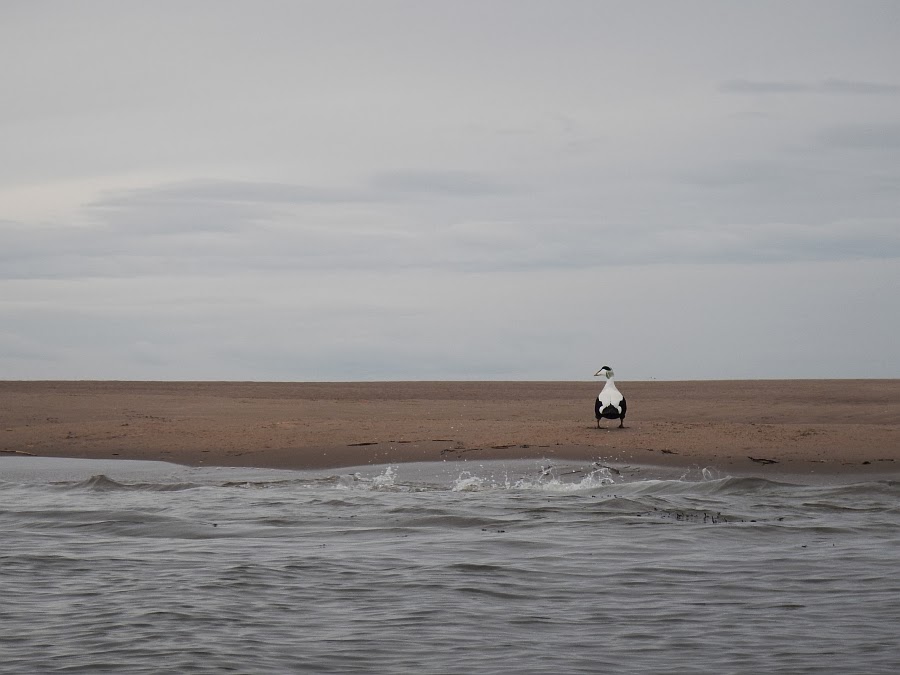 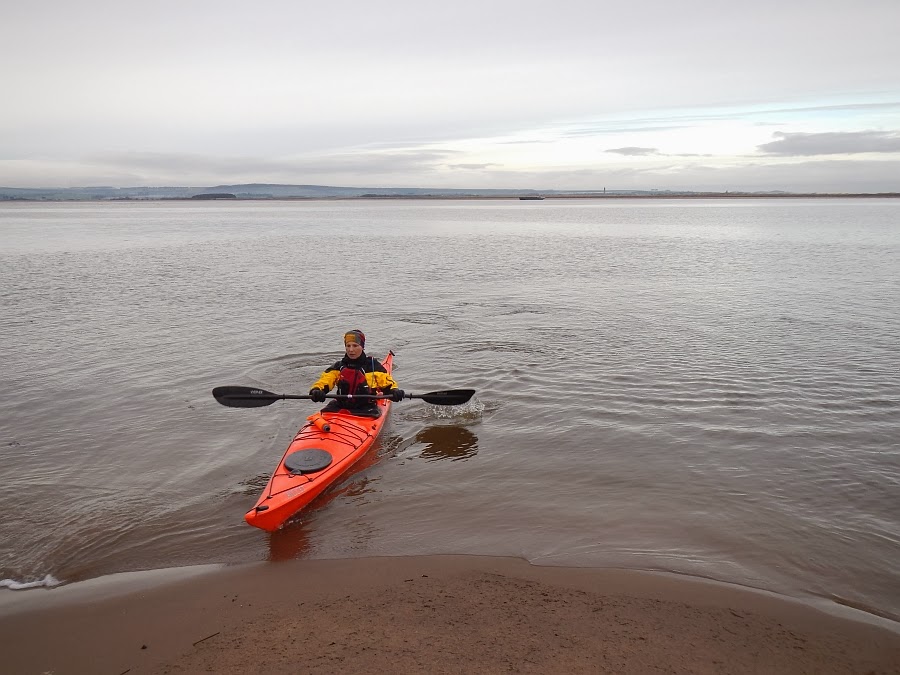 ... and here we are with Dundee in the far distance. 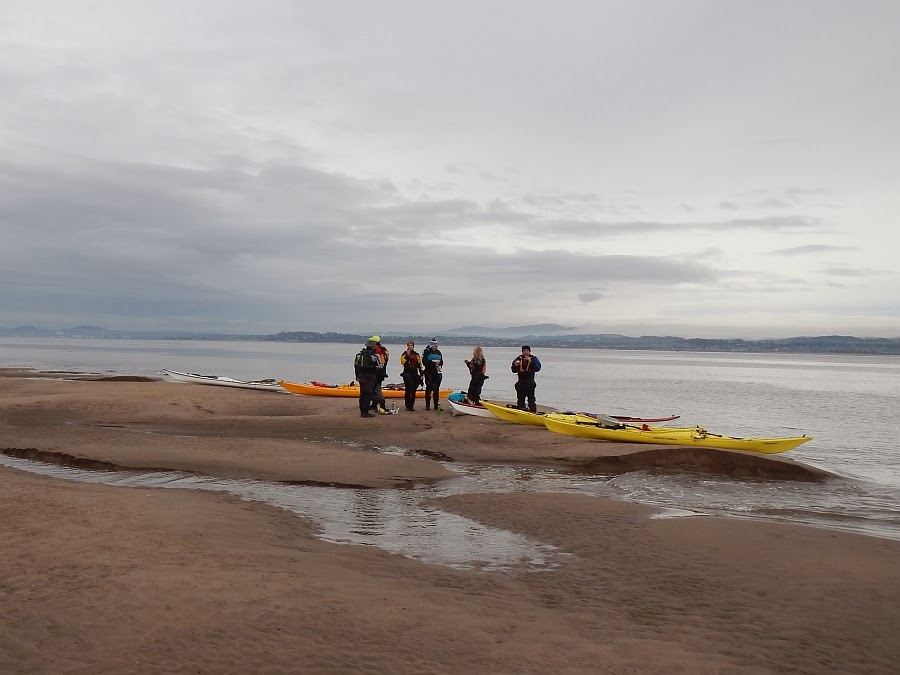 We crossed over to the Monifieth shooting range (no flags and no shots) for a comfy break and launched into some moderate waves. Here are Ian and Katie. 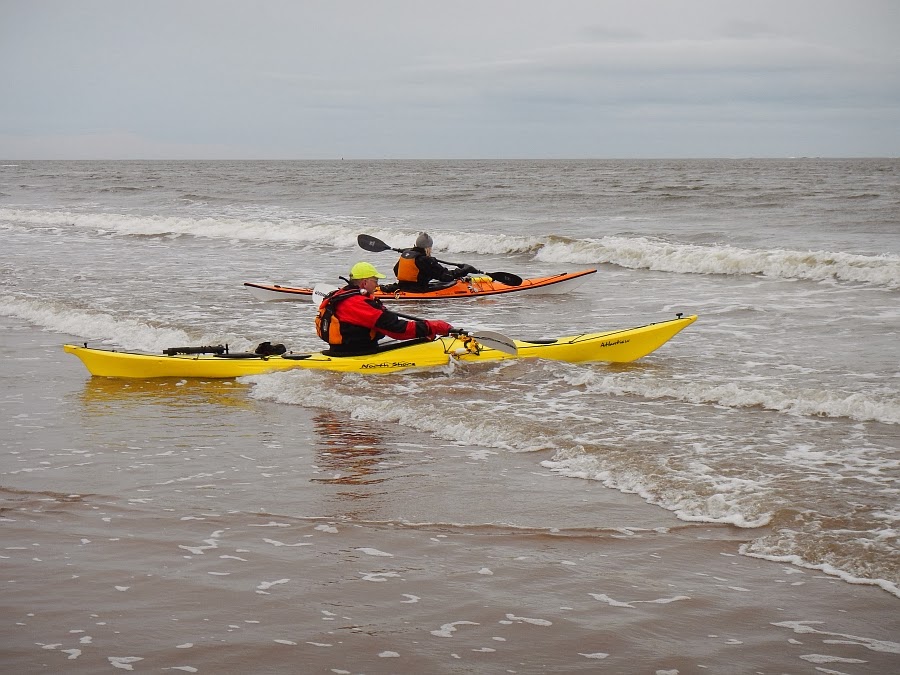 The incoming tide carried us towards the Ferry at 8 km/h. Here are Ana and Amy... 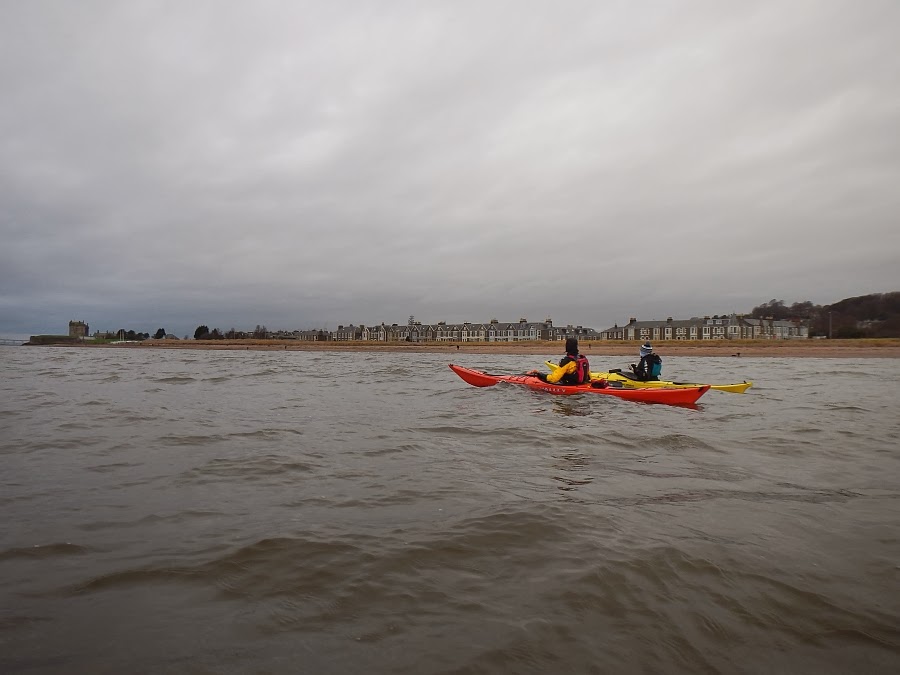 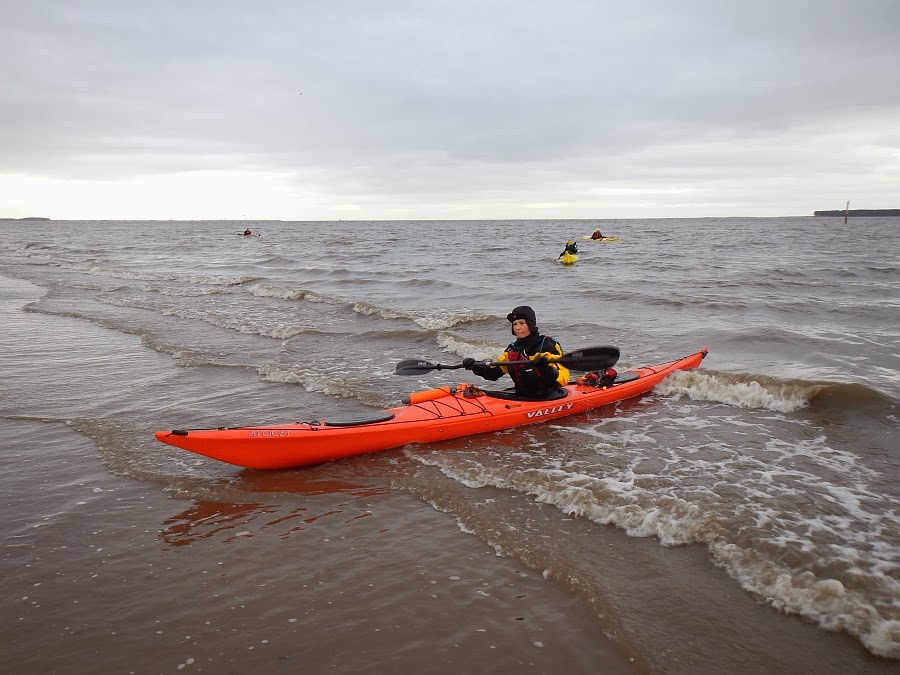 Winter climbing on Saturday, sea kayaking on Sunday. Could be worse!
HW
Posted by Ryan & Henning at 14:27 No comments:

After a gale and 7 degrees on the 3rd of January, a cooling was forecast for the 4th of January with a freezing level of 500 m. We walked one of the Angus glens hoping that some snow & ice had survived. Here is Tim approaching the crag. 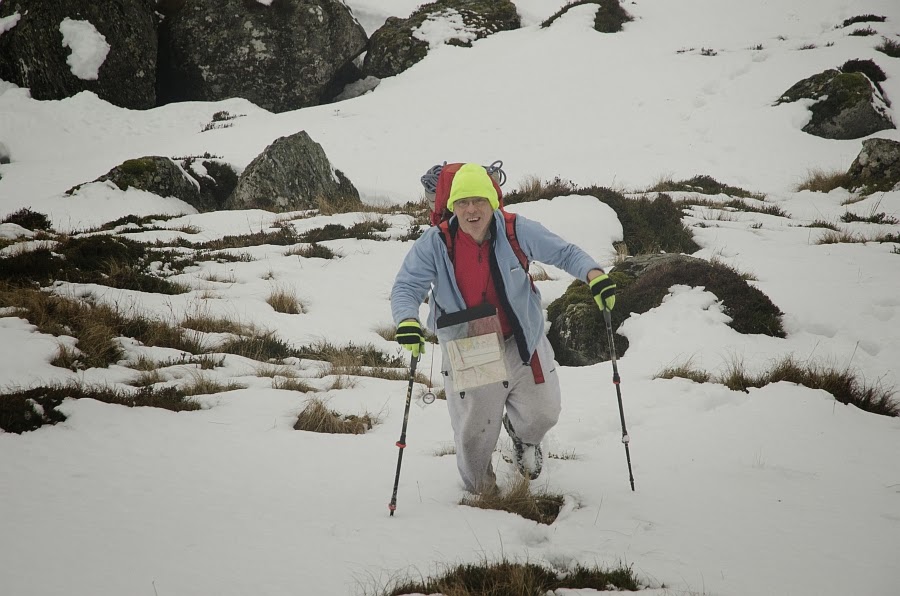 Where the gales had hit the rock little snow and ice remained and the buttresses looked black. However, there was a surprising amount of snow and ice on the left hand side which was on the lee side and had survived the thaw.  We spotted a line to the left of the left trending gully with a steep finish and thought it might be a III or IV. 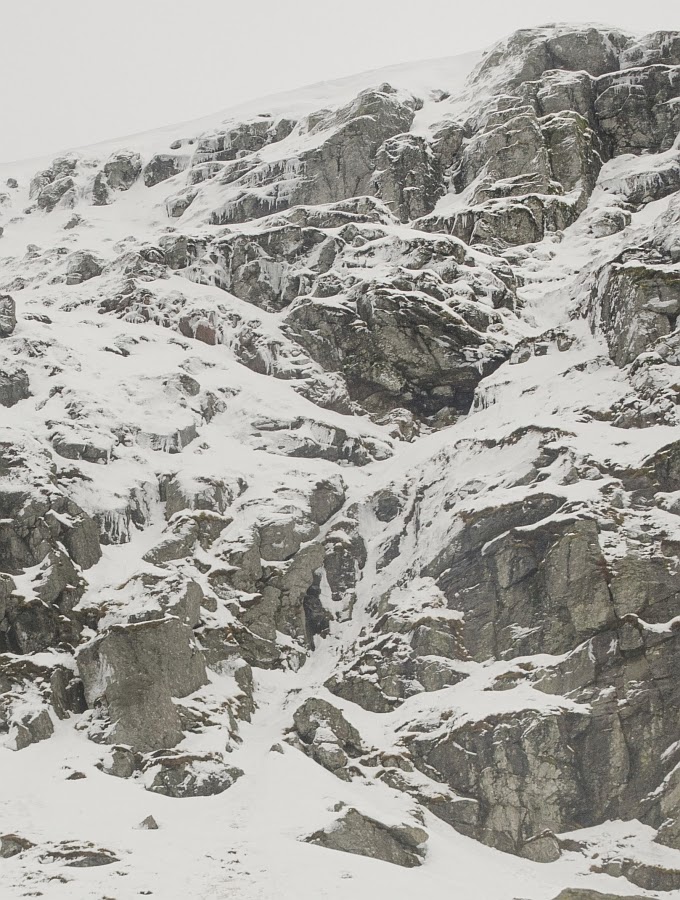 Here is Tim approaching the climb. 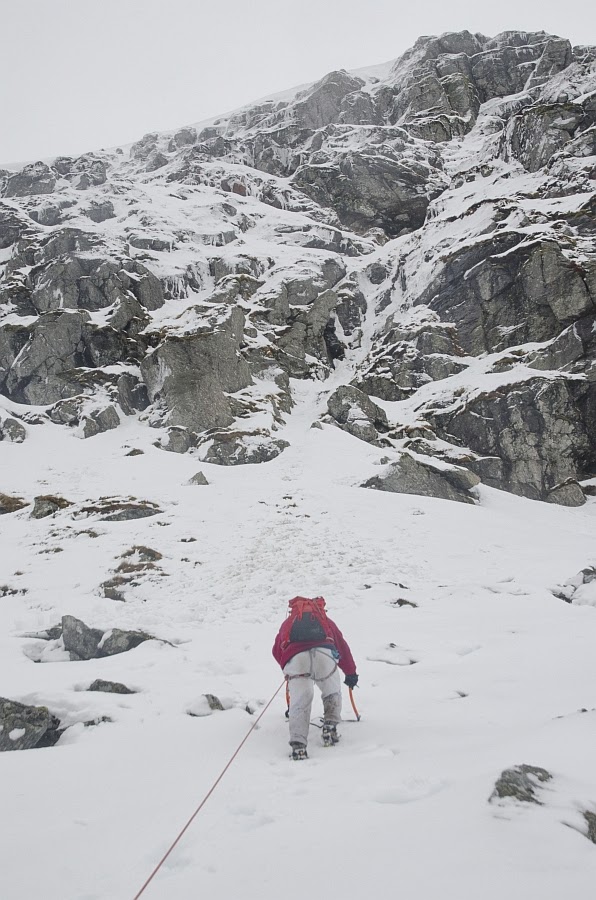 The climb was steeper than it seemed at first with several technical steps. 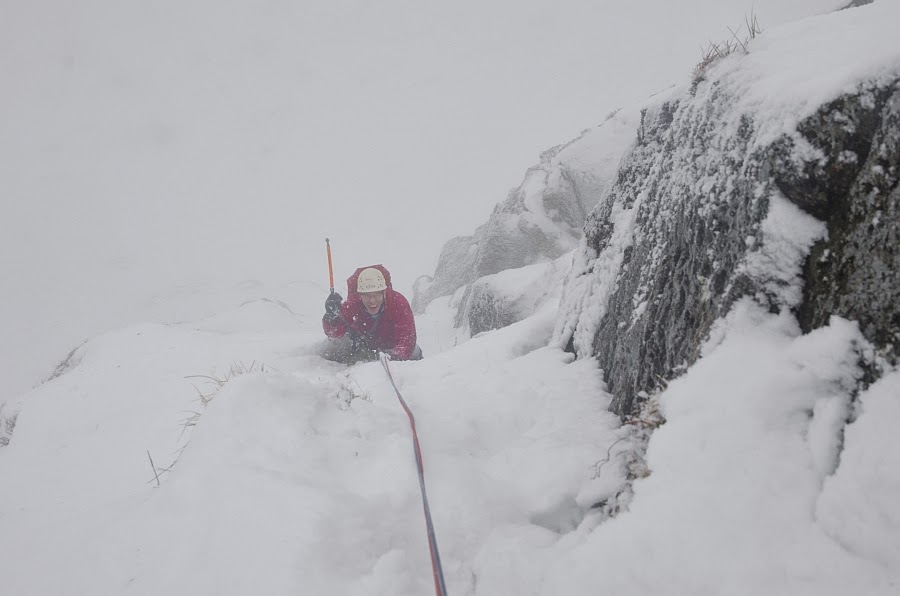 The tricky bits were on the upper bit. Here a look down pith 3 after some technical, steep climbing. 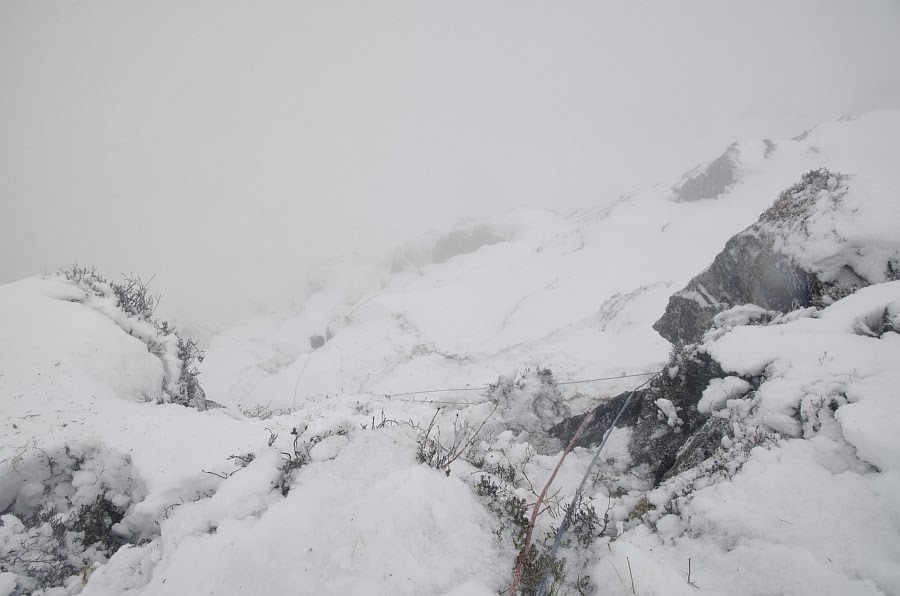 But the best bit of the route was a steep corner. Here is Tim's attempt of a crux photo with the Nikon (I forgot to introduce how to operate the camera). 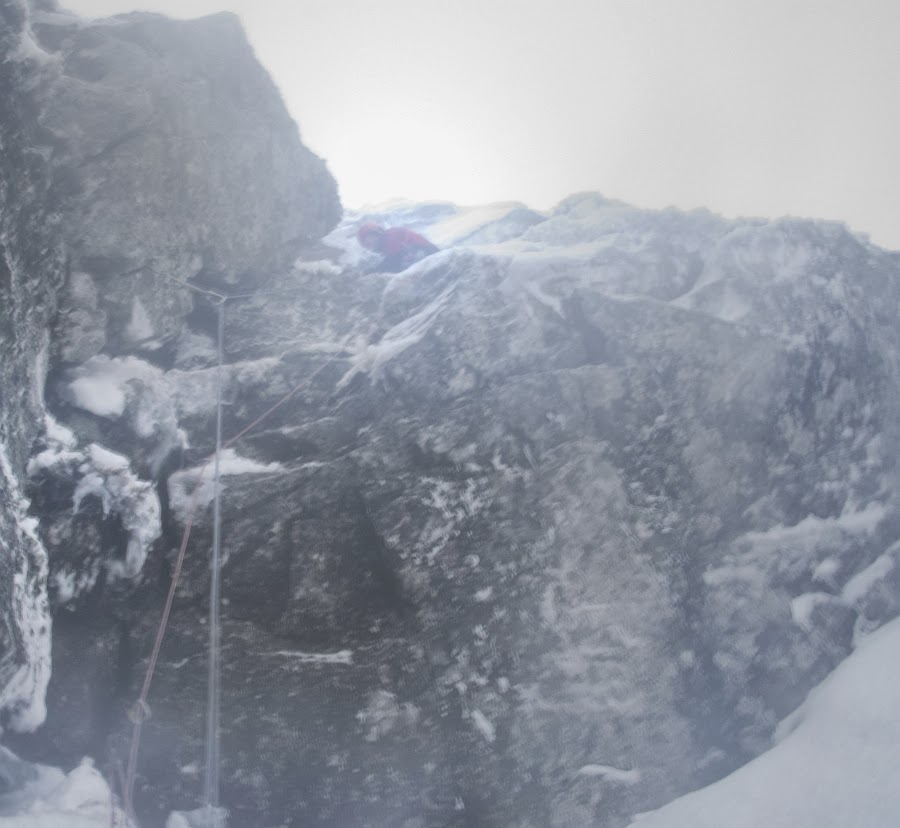 Overall it was harder than 'silver threads among the gold' in Corrie Farchal and almost as hard as 'wild cat wall'. So either IV,5 or V,6 and in the end we settled on 'Spanish Dinner', V,6. Overall there are a few bits of good technical climbing but the route is escapable on several terraces that are in-between the technical bits.

Why 'Spanish Dinner'? It took us quite some time and I had to make it for a Spanish dinner at home and so it was a mad rush down the glen to be home in time. In the end I just arrived when the other Spanish guest arrived.
HW
Posted by Ryan & Henning at 16:12 4 comments: