In the last years we have always made a pilgrimage in spring to the Hebrides. After weighing up the options, we decided to go to Erraid, a tidal island on the West coast of the isle of Mull. 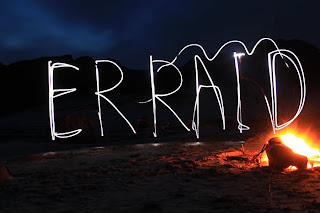 Here is the Calmac ferry from Oban to Craignure on Mull, the last at 22.30 h which we had booked to enable us to go after work on Friday. 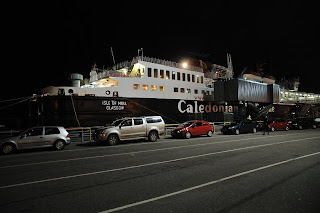 Another hour of driving through the night on Mull and then a nocturnal, boggy walk to our beautiful beach. Bring your wellies. I did and did not regret it. 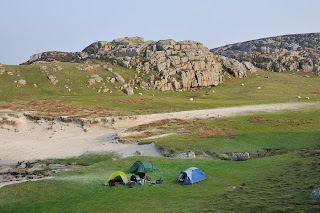 Here is a video of our trip...

Erraid does not offer spectacular cliffs but small, red granite crags. Very rough and unforgiving to climb but perfect rock. Here is Robbie climbing a HVS on the upper tier... 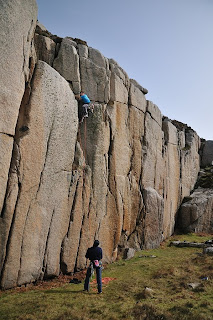 ... and here is Arno seconding an E1 on which I had failed and which Robbie had led with preplaced gear. The grades seem tough. 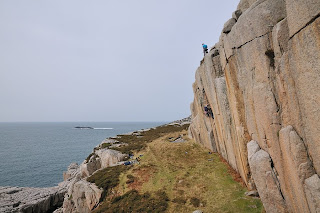 On the way back to our campsite. 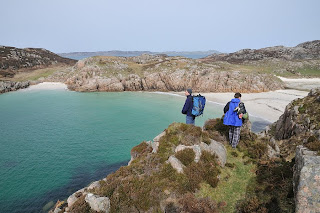 Robert Louis Stevenson visited Erraid and some writings such as'Kidnapped' play on Erraid. After the climbing we decided to go for a swim, which was rather short. Ze German went for the nude sprint in and out variant whilst the Austrian and Scotsman decided for the suitably dressed option just in case that a class of 30 schoolkids would turn up. 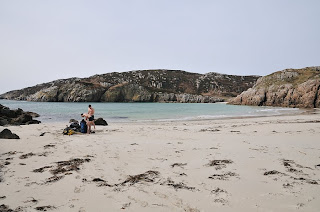 We were keen to supplement our diet with some maritime protein but our approach to fishing was not energetic enough. So no fish and Robbie is veggie anyway. 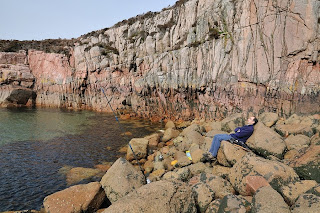 Whilst walking along the shore to try to find a more productive fishing spot we came across the asteroid chasm where we met Robbie, who was exploring the crags. 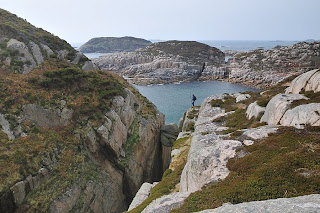 We had a look inside but it was quite wet at the bottom and so we decided against returning for a climb. 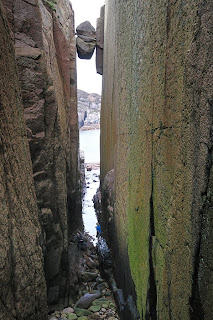 Our next climbing venue was another Meikle Partan's-like crag close to our tents. I led a VS 4c, Arno a severe ... 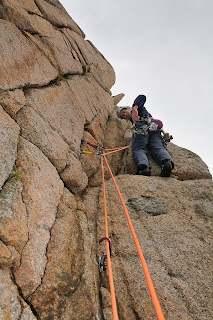 ... and Robbie a VS 5a which involved some tough starting moves and seems a bit sandbaggy. 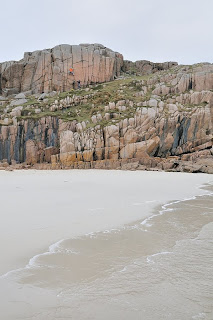 Robbie is clearly a better rock climber than I am now and after frying my brain this winter I was happy not to push too hard and rather to enjoy the whole atmosphere. We started a fire ... 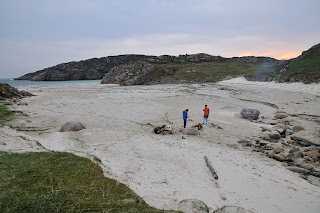 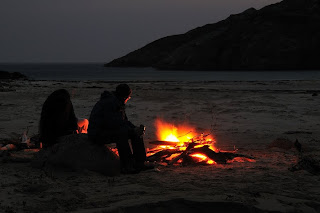 ... and started to experiment with our cameras. 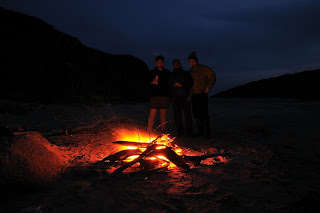 It was supposed to rain at night but in the end it stayed dry and Sunday morning emerged sunnier than Saturday. There is some superb but hard deep water soloing on the Otter walls close to the beach. In the morning I jumped again into the water and found it as cold as the day before and worried that if we would fall in whether we would get out safely. Howevrer Robbie was keen to try the 5b/c traverse despite us all struggling on 5a/s and 5b's here. Here is Robbie doing the traverse. 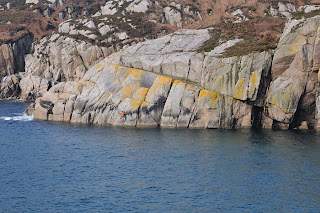 However, there is a cop out before it gets really hard and so Robbie finished it by a crack early. We walked back at 11 h and crossed the tidal area back to Mull at around lunchtime. 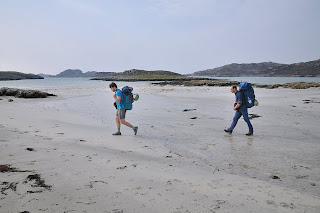 As our ferry back to the mainland was only at 17.30 h we decided to take the Fionnfort-to-Iona ferry to the Island of Iona which is a mile west of Mull. According to the Wikipedia entry the island was founded in 563 by the monk Columba and played an important role in the change to Christianity. The abbey of Iona is the icon and there are other signs of the early inhabitants like this cross. 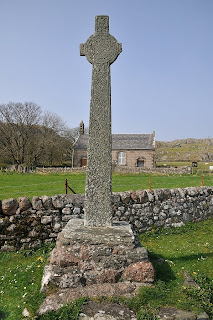 Here is the return ferry arriving. 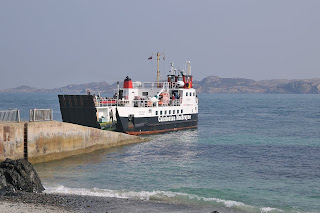 Scottish winter is like Janus, the two-faced Greek god: one face is the great Scottish adventure that is winter climbing and the other face the long nights in the grey - or silver if euphemized - city that is Aberdeen. In spring the adventures become smaller but colour appears. It is a time to hill walk and to get fit again for rock. In the east the gorse bushes start to bloom and the sun starts to rise earlier and earlier. The hills are like zebras with snow streaks on brown-green ground. So after a good winter season with few but memorable climbs it was time for a first hillwalk and Ana and I decided to walkup Beinn Dorain, a bridge of Orchy munro. Here is Ana during the ascent... 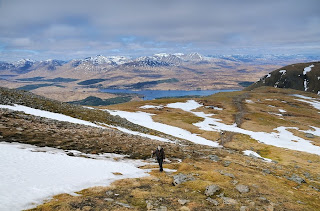 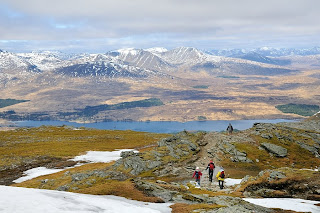 ... and here is Ana approaching the summit. 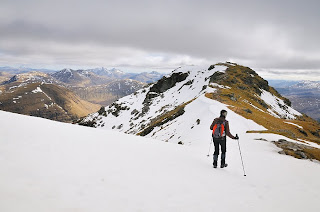 Another beautiful day in the highlands. Lucky us.
Posted by Ryan & Henning at 14:41 No comments: