Mike and Roger are Munroists from Oxford and we meet once or twice a year for an outing. This time we decided to stay in the Cluanie Inn, a perfect place for doing Munros as there are Munros in all directions from the front door of the Inn. On Saturday the 18th of March 2012 we decided to do the South Glenshiel ridge. Here is Mike during the ascent in initially soggy conditions ... 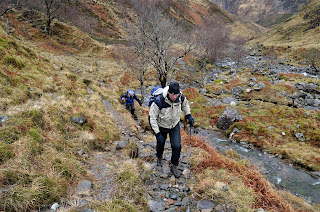 ... and here he is on the ridge proper which had snow cover from 700 altitude metres upwards. The clouds started to lift and fantastic views appeared. There are few better views than Munros with just a dusting of snow. 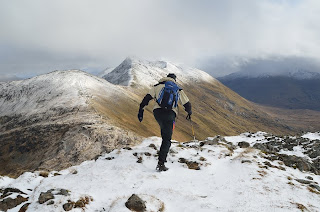 The ridge is roughly 14 km with 7 Munros. The snow cover was just cosmetic and did not reduce our walking pace which was essential as time to darkness & dinner was limited. 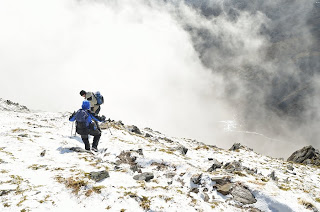 On the Northern side there are steeper corries with some winter climbs and the cliffs sometimes appear on the rim. 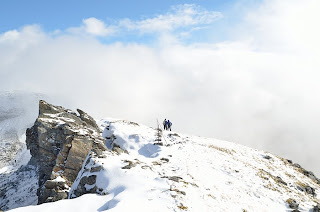 Here a look back in the direction of the five sisters of Kintail. 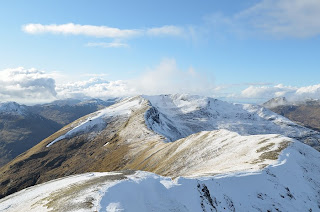 Some good views also over the Munros to the South with Knoydart being on the other side of the loch... 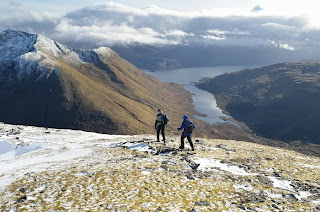 ... and some more great views a bit later. 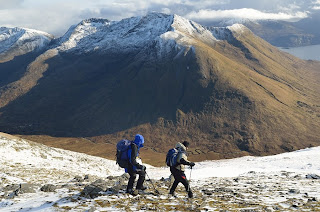 The ridge drags on but is beautiful but there is never too much ascending. It is like a set of waves. 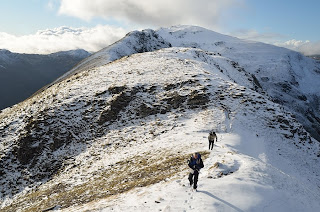 Here are Roger and Mike again doing the last third... 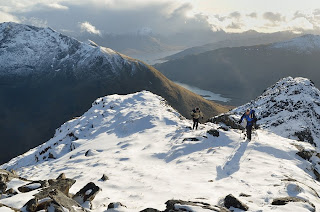 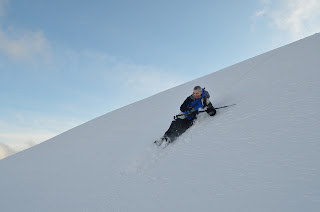 We descended at dusk and followed the long landrover track to the Cluanie for a good meal plus beers. The Cluanie Inn is very much recommended with excellent food, good beers and a famous whisky collection. 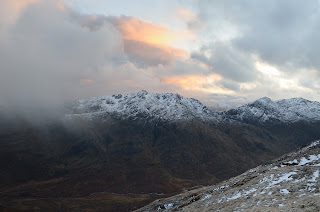 Mike and Roger still smiling the morning after. 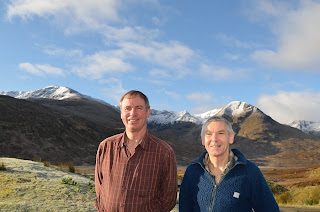 We decided to climb A'Chralaig and Mullach Fraoch-Choire with a start from the Cluanie but on the Northern side of Glenshiel. Good views higher up over the South Glenshiel ridge. 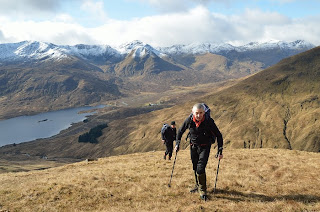 We reached the summit which is connected by a beautiful ridge to 'Mullach', the second Munro. 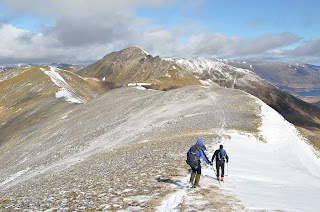 A few trickier steps or easier steps made tricky! 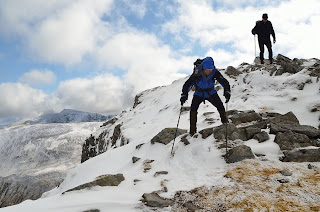 We were also treated to a 'mauvais pas', a wee exposed scrambling problem. Mike and Roger had developed a great fondness for those 'mauvais pas' since the one on the A'Cir ridge on Arran which was highly entertaining. 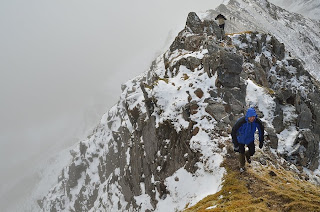 We had a brief period of graupel but then the views re-appeared. Here is Roger with a dynamic body position ... 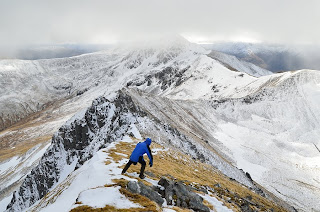 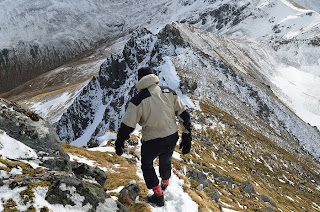 ... and here are both on this bit of the ridge. 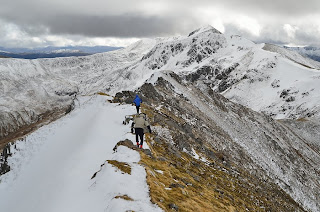 On the way down heaven opened and it snowed higher up and rained lower down but at the end the blue skies returned once again. 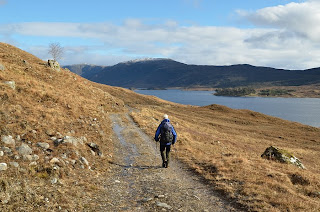 A temperature of 16 degrees was forecast for Dundee and so Wattie, Brian and I decided to climb at/on Kirrie Hill to start our summer season. Kirrie Hill is probably the most user friendly of the Angus sport climbing venues with easy access, tons of routes between F5-F6c and the best micro-climate in Scotland. When I arrived in the car park (near the Camera Obscura) a cool Westerly was blowing but in the quarrie it felt like Spain. Here a video without music (but some banter) to show some of the climbing: