Finally the start of the winter season for Robbie and myself. Because we did not fancy the Northern Corries we went to Glen Coe to do Crypt Route which is on Church Door buttress just under the summit of Bidean nam Bian. Here is Robbie approaching Diamond (left) and Church Door buttress (right). 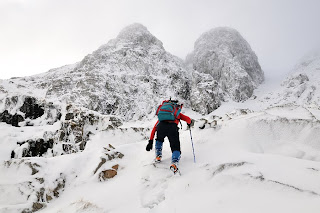 The snow was waist deep in places and especially the last bit to the buttresses took ages. The route is approached via Central Gully which divides the buttresses. Crypt route is obvious on the right: a deep, indeed very deep chimney leading up to the arch. 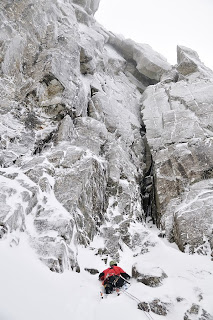 Robbie led pitch 1 with some good back and footing... 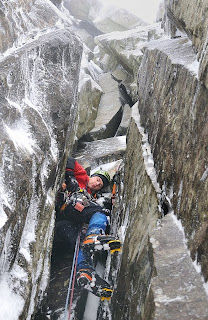 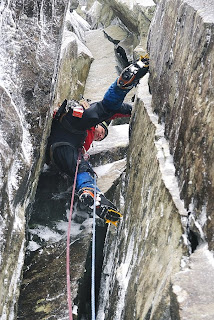 ... being swallowed by the mountain. He was not seen for a while. 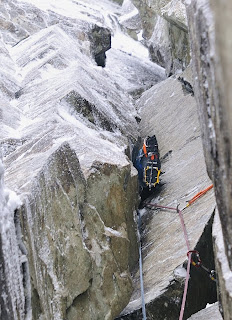 I then led pitch two which involved going into a cave system with several chambers. 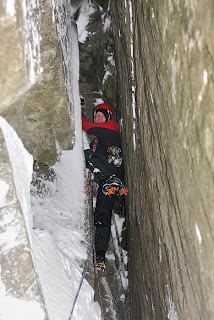 Finally a tiny hole in the roof and although I had removed my helmet and gear I only managed to squeeze through during the second attempt after removing my jacket and fleece. Here is Robbie inside the hole (with jacket)... 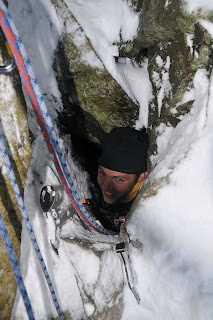 ... and here he is reborn by mother earth. 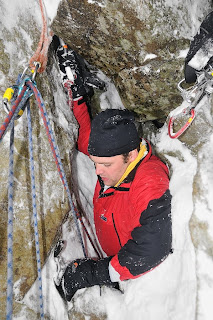 Above the arch, a structure which is delicate and monolithic at the same time. 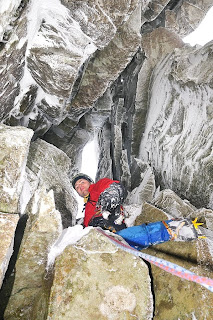 Robbie started the next pitch but wasn't too sure about where to go. It involved crossing the arch and some steep snow and then a chimney to easier exit slopes. We topped out in the dark. A great day, excellent conditions in Glen Coe and a very good soup in the Chlachlaig.
HW
Posted by Ryan & Henning at 05:50

Nice one Henning and Robbie! Looks great with all the snow on the hills already.
John

We just got back from a taster trip to Nepal. I want to organise a trip next year with the Big Chicken Declan back to the same area of Nepal to do a more serious walk.
http://www.flickr.com/photos/johncommon/sets/72157625281002696/