Today Ana and I decided to try ski touring together in Glenshee. I had my touring ski's for a bit but Ana bought them at the end of last season. Here is Ana on her way up following the lifts. 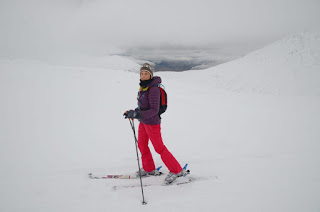 We skinned following the lifts for orientation but did not reach the summit of Glas Maol. Here the descent... 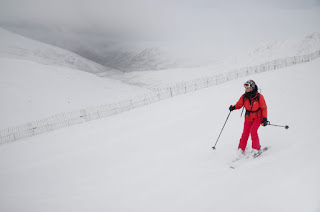 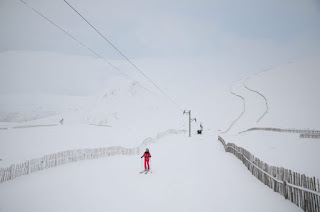 A great day out and an even greater surprise that the ski centre is not open. All the pistes have enough snow and the conditions pretty good.
HW
Posted by Ryan & Henning at 13:33

All the pistes have enough snow and the conditions pretty good.

I want to have a ski touring .

I want to have a ski touring .